The Journey of Writing Stories by Terry Spear, author of Silver Town Wolf: Home for the Holidays

It all began when I was a kid and made up stories for my friends, loving how they loved them. I wrote stories down too, but in all the moves we made, I never kept them, or lost them. Not sure which. I took a creative writing course in junior high and wrote about the dark, moody causeways we had to cross to get anywhere off of Merritt Island, Florida. That particular one was a fictional story, though the dark moody causeways were not, and I always imagined how dangerous it would be if the car plunged into the brackish water filled with jellyfish, sharks, and manta rays—all of which was also true. But the teacher wanted a true story, and mine was definitely headed for the paranormal. *sigh*

Creative writing should be about CREATIVE writing.

I saw my first Dracula play when I was thirteen at a local community college and fell in love with the poor, sexy, paranormal creature who deserved to be loved just like anyone else. Just like wolves in “Wolf Man.” I read Jack London’s “White Fang” and “Call of the Wild” and fell in love with the wolves. In fact, I read everything from true stories to myths and legends, loving mysteries above all else. I even had a taste of a couple of romance novels my girlfriend shared with me. We were thirteen and her sister was twenty-three, working as a librarian. “Coffee, Tea, and Me” and “Loving Tender Care”—wow!

Then with an army career, working on my master’s degree and advance officer education, and starting a family, my writing took a hiatus.

But while I was teaching my two children to read, I began to use the creative process all over again. I was making up children’s stories then, for my own children.

Just like with our heroines and heroes who must have a cataclysmic event that propels them to do something different—their world turns inside out and nothing is the status quo any longer—mine did.

And that was the beginning of writing romance. With two little kids to raise on my own after seventeen years of marriage to a man who promised loyalty and love forevermore, just as I did for him, I found myself living as a single mom, who needed a Happily Ever After.

I began giving those sexy, paranormal heroes a woman to love. I wrote young adult stories when my kids were older, who also found romance and love.

I became a writer.

Gray wolves Meghan MacTire and Sheriff Peter Jorgenson plan to spend the rest of their lives together, and what better time to start forever than Christmas? But they are both harboring dark secrets that are about to surface and threaten their future together. With holiday magic in the air and all Silver Town ready to celebrate, Meghan and Peter have to conquer the past if they're to have any hope of celebrating this Christmas together.

USA Today bestselling author Terry Spear has written over sixty paranormal and medieval Highland romances. In 2008 Heart of the Wolf was named a Publishers Weekly Best Book of the Year and in 2016, Billionaire in Wolf’s Clothing was a Romantic Times Top Pick. A retired officer of the U.S. Army Reserves, Terry also creates award-winning teddy bears that have found homes all over the world and is raising two Havanese puppies. She lives in Spring, Texas. 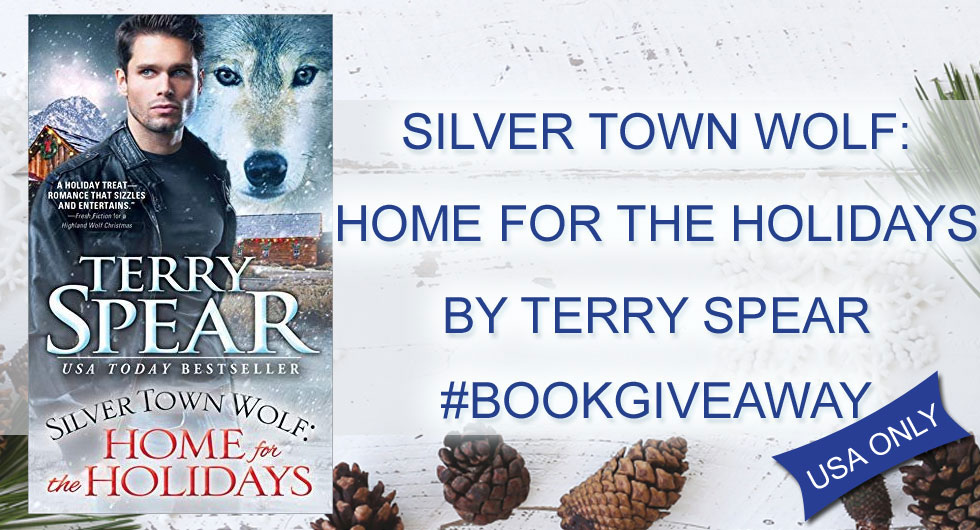