Today I've got an excerpt for you. Highland Gladiator starts a brand new series by Kathryn LeVeque. Plus you can enter to win a print copy for yourself. Enjoy!

Truth. Justice. Revenge. Behind these stands The Scotsman's Sword

When Lor Careston's quiet Highland village was attacked and burned, he felt helpless against the raiders who destroyed his home. Seeking revenge, but lacking the fighting skills he needs to execute his mission, he sets out to find the Ludus Caledonia—a mysterious fight guild that turns men into warriors.

Lor trains hard, proves himself in the ring, and earns a place with the very clan that decimated his home, having decided to set his plan for revenge in motion from inside the clan. But his plan didn't include Isabail Keith, a fiery lass who prefers broadswords to embroidery and isn't afraid to stand with the warriors of her clan. Lor thought the Keiths were his enemies, but when Isabail is threatened, he'll have to decide what he's willing to risk for the woman who has captured his heart and the clan that has become his home.

One of my favorite excerpts in the entire story: (Kathryn Le Veque)

He’d seen her before.

Lor knew that the moment he looked up from the business he was conducting with his grandfather’s friend. In the midst of a busy marketplace on a glorious spring day, he caught sight of a woman he recognized, which wasn’t unusual in itself, but with this woman, it was.

Lor and the old man with the missing eye had been going over the purchase Lor was making of slag material for his grandfather’s blacksmith stall when he glanced up and saw her. In truth, he saw her only from the back; it was the hair that had his attention. In the sunlight, the red curls glistened like molten fire.

Everything about her that caught his eye. She was dressed in a long tunic and braies from what he could see, unusual for a lass, but she’d marched down the road with her basket of skins in her arms in a cadence that seemed much more like a man’s than a woman’s.

He’d seen that walk once before.

The old man next to him was trying to get his attention, but Lor couldn’t take his eyes from the woman as she walked down the dusty avenue. She was weaving in and out amongst the villagers on this busy market day, and Lor didn’t want to lose sight of her.

He put up a hand to the old man.

He didn’t wait for a reply. Quickly, he headed out into the street while the old blacksmith watched him with some frustration.

“Where are ye going, lad?” he called after him. “If ye dunna come back, I’ll rob ye blind. I’ll tell yer grandfather that it’s yer fault he was cheated out of a good price for his iron!”

The old man meant it as a jest, hoping Lor would return, but the young blacksmith simply waved him off as if he didn’t believe him, which he didn’t. His grandfather, Nikolaus, and old Albe had been doing business since before Lor was born. He didn’t much believe anything the old liars said at times.

At the moment, he was on the hunt.

The red curls were up ahead and he followed them like a cat tracking a mouse. There was something about the woman that he remembered from long ago and as he politely stepped aside as a woman and her children passed by him, it began to occur to him just where he’d seen that hair.

The Vale of Demons.

It was difficult to say why an incident from eight years ago suddenly stood out for him. It had been a fleeting moment as far as moments in time went. But it had stayed with him, the young lass who had practically saved him from a band of bloodthirsty cutthroats. Never mind that that were only children; Lor remembered being afraid of them as if they’d been the mightiest army of men.

He’d been stupid once, but he wasn’t going to be stupid again.

This time, he was going to be careful.

Lor continued to follow the lass. She finally came to a stop at a merchant who dealt in hides.  As he hid back in the crowd, watching, he could see the lass holding up the fine pelts she’d brought, negotiating a price with an old man who seemed to be smiling at her too much. At one point, he reached out and pinched her cheek.

But the slap had turned the merchant against her and he waved her away, unwilling to buy her pelts now that she’d rejected his affection. Frustrated, and unhappy, the girl backed away from the store with her basket of pelts before finally turning away and slipping into an alleyway between the stalls.

There were some residences behind the main merchant avenue and several big plots of land where the villagers cultivated their gardens. It smelled of animals and compost back here. Beyond the gardens was a grove of trees, a big one, with paths leading into it because more villagers lived back beyond the trees.

Suspecting that was where she was heading, Lor made his move.

As the woman entered the trees, Lor came up behind her with great stealth and snatched her basket all in one movement.

“Where are ye going, górach?” he said.

The woman gasped in outrage and perhaps even a little fear. As Lor stood there, his eyes glimmering with mirth, the woman  turned on him with considerable agility and balled her fists.

“Give me back my pelts,” she snarled.

Lor couldn’t help the smile on his lips now. It was indeed the lass from the Vale of Demons. She’d grown from a skinny, freckled girl into a lush and beautiful woman. She was quite beautiful, actually. He found himself staring at her pale skin and rosebud mouth, but that was the last thing he remembered before a fist came flying at his face.

The woman reached down and yanked the basket of pelts from his hands as Lor shook off the stars. He put his hand to his nose, noting a small bit of blood as she turned and continued her trek.

He lumbered to his feet.

She came to a halt, turning to him warily. She looked him up and down. “Should I?”

He felt embarrassed that she didn’t recognize him as he’d recognized her. “It has been several years,” he said. “I was just a lad when we first met in the Vale of Morning. Ye called me górach and tried tae steal my birds’ eggs. Ye know… górach? Do ye remember now?”

She stared at him a moment before her eyes widened. “Górach,” she repeated slowly. “Birds’ eggs, ye say?”

“Aye. Ye tried tae take them from me but we made an agreement instead.”

He nodded, grinning as he realized that she did, indeed, remember him. “I did.”

“Ye never brought them back.”

“But I dinna say when I’d bring ye the eggs. There’s still time.”

He’d caught her on a technicality. She eyed him with an  appraising expression, as she retraced her steps in his direction.

“’Tis true,” she said reluctantly. “So just when did ye intend tae?”

His smile broadened. “Soon,” he said. “But I’ve been very busy.”

“Doing what? Accosting women and stealing their baskets?”

He laughed softly, flashing big, white teeth. “Ye accosted me, once,” he said. “I was returning the favor.”

It was clear that she was trying very hard not to smile; he was rather witty and charming. “Górach,” she repeated softly when she came to within a foot of him, studying the man who’d grown from the boy she’d once remembered. “So it is yerself. Ye’ve grown up.”

“But not so much that ye dinna recognize me.”

He clasped his hands behind his back. “Yer hair,” he said. “I recognized yer hair. I saw it once in the vale and when I saw ye again in town, I knew it right away.”

“Red hair is nothing in the highlands.”

Her brow furrowed as she pulled up a strand, looking at it. “It does?”

He nodded. “I see such things every day.”

“Because I’m a blacksmith. ‘Tis my trade.”

“I thought it was stealing birds’ eggs.”

His grin was back. “Nay,” he said. “’Twas an interest and nothing more.”

“Does yer grandfather still have his bird cage?”

“I still want mine.”

He lifted his broad shoulders. “Mayhap ye’ll have one, someday,” he said. Then, he gestured to the basket in her arms. “I saw ye come in tae town with the pelts. Yer far from the Vale of Morning today.”

She nodded, looking down at the lovely gray pelts. “I came tae sell them,” she said. “I come as often as I can, as often as the traps will allow.”

He reached into the basket, picking up one of the very nice pelts. “Ye’ve skinned them well,” he said, putting it back. But his interest in the pelts was simply a cover for his interest in her. His gaze returned to her face. “Do ye remember my name?”

His teeth flashed, flattered she should recall it so quickly. “I dunna know yers.”

“Isabail,” he repeated softly, rolling it over his tongue as if it was a fine wine. “A lovely name for a lovely lass. But I know ye’re not from the Vale of Morning.”

“Where are ye from?”

She hesitated. “Ye told me ye’re from Careston,” she said. “Why are ye here, in Brechin?”

Lor wasn’t oblivious to the fact that she was changing the subject to avoid giving him an answer. Since he’d stopped traveling through the Vale of Morning, he hadn’t thought of the demons that trolled the vale in many a year. He remembered being told that the demons were part of Clan Ruthven, or even Clan Keith.

It occurred to him that in telling Isabail his name and village, she knew where he was from and that meant she knew his loyalties. Clearly, she didn’t want him to know the same of her. He suspected the stories of the origins of the demons were perhaps more truth than rumor.

He couldn’t think of any other reason why she wouldn’t be forthcoming.

But it didn’t matter. He had no sense of hatred towards clans that weren’t allied with the Lindsey; his loyalty was to his family and friends, no matter their clan. That had never been a big factor to him. But he knew that the world at large felt differently.

Perhaps the lass felt differently, too. 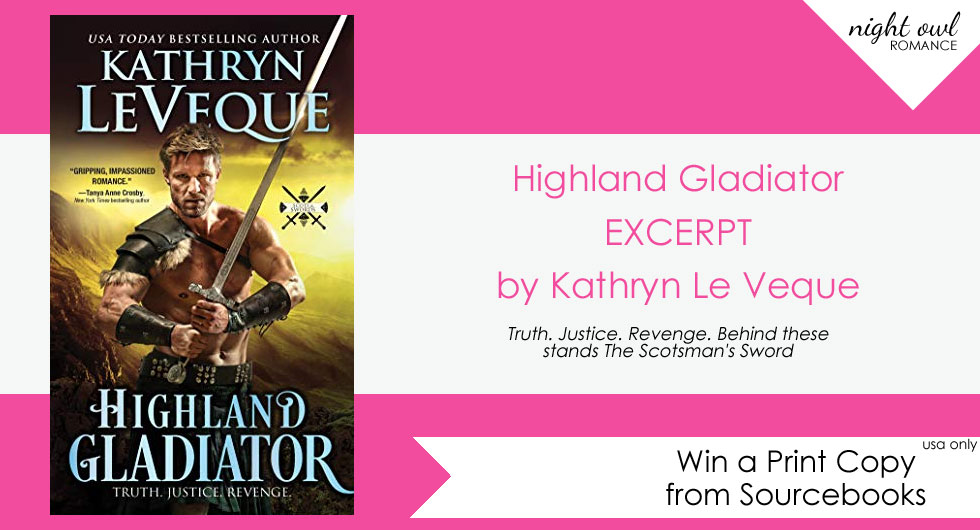