It's always good to make a great first impression on a she-wolf you might be drawn to. Rescuing a boy from a kidnapper at a crowded, busy mall at Christmastime couldn't have afforded Dr. Aidan Denali a better scenario for showing what a hero he could be. Not that he knew the little boy was a wolf at the time, or that the boy was with the isolationist Seattle wolf pack, but when he meets their pack doctor…Aidan is awestruck.

Here's a scene where the two shifters meet. "Doctor Holly Gray, meet Doctor Aidan Denali." Whose tongue is uncharacteristically hanging from his mouth in a very interested way.

"And Dr. Aidan Denali, meet Dr. Holly Gray." Who looks just as fascinated with him as he is with her.

SCENE from A Billionaire Wolf for Christmas:

“Omigod, Joey. I’m so glad you’re safe,” the woman said, drawing close to Aidan, her eyes filled with concern. She was maybe five-four or five-five, her snow boots adding another inch to her height.

Aidan smelled her feminine floral scent and that she was a gray wolf too, both of which had him taking in a deeper breath, and a lot more of a look. She was wearing a blue parka and glittering white sweater, her cheeks a little flushed from trying to chase down the boy, her blond hair pulled into a bun, and soft straggles of blond curls framing her pretty face. It was soft and oval, not harshly angled. Her clear blue eyes sparkled under the bright store lights, captivating him.

For a minute, he just stared at her, and then he snapped out of his uncharacteristic fascination for a woman. He was glad that she was a wolf, which helped to convince him that the boy belonged to her, or her pack.

She reached for Joey and though the boy raised his hands out to her, Aidan still didn’t hand him over to her right away. He had just rescued the boy and wasn’t about to hand him over to anyone until he was assured he would be safe. “Are you his mother?”

“His mother’s friend.” The woman gave him an annoyed look when he didn’t release Joey to her right away. “My sister was babysitting him, but he got away from us.” Then her eyes widened. She must have smelled that he was a wolf also.

She reached for the boy again.

Aidan still didn’t hand him over. Now it was more of a case of learning just where these three, her sister, the teen included, were from. The Seattle pack? Or another?

Ted was already calling the police about the woman who had tried to leave the store with the little wolf boy. Thank God she hadn’t managed to leave before Aidan found her and stopped her.

His mouth gaped a little. He would have remembered her if he’d met her before. The way she reacted to knowing who he was—did that mean it was good news, or bad? “Uh, right.”

“I’m Holly Gray. And this is Marianne, my younger sister.” Now Holly seemed eager to meet him, and he was relieved.

“Dr. Holly Gray,” Marianne said, as if she didn’t want Aidan to think her older sister was any less important than him.

She was the doctor Everett had told him about, and a friend of his sister. “Dr. Holly Gray.” Aidan smiled at both the ladies. He handed Joey over to Holly then, but Marianne wanted to hold him.

“Everett Johnston mentioned you to me.” Aidan frowned at Holly. “Have we met?”

“You would have remembered my sister if you had met her,” Marianne said, a brow raised, her lips unsmiling as she rested Joey on her hip.

Aidan curbed the urge to laugh out loud at Marianne’s words, though he smiled. “I’m sure I would have.”

Mike was still holding onto the attempted kidnapper, the store security with them now too, asking questions of the woman and of them.

“Have I met you before?” Aidan directed the question to Marianne this time. He was certain he hadn’t met the girl either. He was eager to speak to them further in private, and maybe he could have the doctor’s blood tested if she approved, and—

Marianne shook her head. “We’re from Seattle. Ronald didn’t want us to meet you.”

Aidan’s enthusiasm faltered. He’d hoped they might be more agreeable after he’d saved one of their own.

Holly kept looking at the side of Aidan’s head, and he finally felt cool liquid dribbling down it. The attempted kidnapper must have broken the skin when she bashed him in the head with her purse. It was just beginning to throb.

“You…look like you could use a couple of stitches.” Holly pulled some tissues out of a mini-sized package of them in her purse and applied pressure to the wound. “Head wounds bleed a lot though.”

Mike and Ted were smiling at him. Yeah, way to get the girl, except she was with the Seattle pack, and that pack had nothing to do with any wolf outsiders. Still, she was taking care of him, maybe because he’d rescued the boy and taken a beating for it. She was so gentle, he really liked her bedside manner.

When the wolves' own blood betrays them, they risk their lives to find a miracle.

Wolf shifter Dr. Aidan Denali has been working day and night to find a cure for werewolves' alarmingly sudden decline in lifespan. The key to the problem eludes him. But when Aidan grudgingly leaves his work to do some holiday shopping, he meets a remarkable she-wolf whose mysterious pack could bring him one step closer to the answer.

Dr. Holly Gray is thrilled to meet the wolf who's been working so hard to help others. Now, it's her turn to help him. But while their attraction is sizzling, the packs are at odds, and the danger is increasing. It's going to take a holiday miracle for Holly and Aidan to get themselves—and their loved ones—out of this alive...

This print copy contest has ended. The lucky romance book winner is in the comments.

Bestselling and award-winning author Terry Spear has written a couple of dozen paranormal romance novels and two medieval Highland historical romances. Her first werewolf romance, Heart of the Wolf, was named a 2008 Publishers Weekly’s Best Book of the Year, and her subsequent titles have garnered high praise and hit the USA Today bestseller list. A retired officer of the U.S. Army Reserves, Terry lives in Crawford, Texas, where she is working on her next werewolf romance and continuing her new series about shapeshifting jaguars. For more information, please visit www.terryspear.com, or follow her on Twitter, @TerrySpear. She is also on Facebook at http://www.facebook.com/terry.spear. 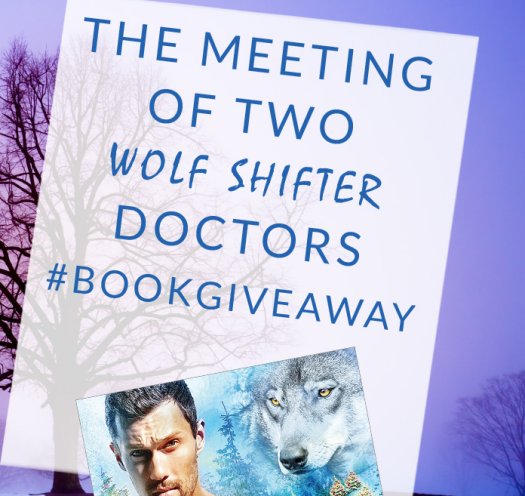