Small town romances bring people together. They have us dreaming of what ifs and the relationships of those connecting in small places. It's the people, animals, small shops and meet cutes that have us thrilled to share these small town romance series.

Get the Forever Home Books

These adorable service puppies
are matchmakers in the making...

When Sophie Vasquez and her sisters dreamed up Puppy Promise-their service puppy training school-it was supposed to be her chance to bring some good into the world. But how can she expect to do anything when no one will take her seriously?

Enter Harrison Parks: a rough, gruff, take-no-bull wildlife firefighter in need of a diabetic service dog. He couldn't be a more unlikely fit for Sophie or Bubbles-the sweet Pomeranian she knows will be his perfect partner-but when Sophie insists he give them both a shot, something unexpected happens: he listens. Even better, he keeps on listening, even as Sophie and Bubbles turn his lonely, uber-masculine world upside-down.

As it turns out, they all have something to prove...and more than enough room in their hearts for a little puppy love.

Get the Virgin River Books

When the recently widowed Melinda Monroe sees this ad, she quickly decides that the remote mountain town of Virgin River might be the perfect place to escape her heartache, and to reenergize the nursing career she loves. But her high hopes are dashed within an hour of arriving—the cabin is a dump, the roads are treacherous and the local doctor wants nothing to do with her. Realizing she’s made a huge mistake, Mel decides to leave town the following morning.

But a tiny baby abandoned on a front porch changes her plans…and former marine Jack Sheridan cements them into place.

Get the Lucky Harbor Books

From the New York Times bestselling author of the Lost and Found Sisters comes a heart-warming and funny story about family, friendship, and love.

Maddie Moore's whole life needs a makeover.In one fell swoop, Maddie loses her boyfriend (her decision) and her job (so not her decision). But rather than drowning her sorrows in bags of potato chips, Maddie leaves L.A. to claim the inheritance left by her free-spirited mother-a ramshackle inn nestled in the little coastal town of Lucky Harbor, Washington.

Starting over won't be easy. Yet Maddie sees the potential for a new home and a new career-if only she can convince her two half-sisters to join her in the adventure. But convincing Tara and Chloe will be difficult because the inn needs a big makeover too.

The contractor Maddie hires is a tall, dark-haired hottie whose eyes-and mouth-are making it hard for her to remember that she's sworn off men. Even harder will be Maddie's struggles to overcome the past, though she's about to discover that there's no better place to call home than Lucky Harbor.
Also includes 10 bonus recipes!

Get the Chesapeake Bay Books

The first novel in #1 New York Times bestselling author Nora Roberts' stunning Chesapeake Bay Saga, where the Quinn brothers must return to their family home on the Maryland shore, to honor their father's last request...

A champion boat racer, Cameron Quinn traveled the world spending his winnings on champagne and women. But when his dying father calls him home to care for Seth, a troubled young boy not unlike Cameron once was, his life changes overnight.

After years of independence, Cameron has to learn to live with his brothers again, while he struggles with cooking, cleaning, and caring for a difficult boy. Old rivalries and new resentments flare between Cameron and his brothers, but they try to put aside their differences for Seth’s sake. In the end, a social worker will decide Seth’s fate, and as tough as she is beautiful, she has the power to bring the Quinns together—or tear them apart...

Get the Magdalene Books

Starter Book: The Will

Early in her life, Josephine Malone learned the hard way that there was only one person she could love and trust: her grandmother, Lydia Malone. Out of necessity, unconsciously and very successfully, Josephine donned a disguise to keep all others at bay. She led a globetrotting lifestyle on the fringes of the fashion and music elite, but she kept herself distant.

While Josephine was trotting the globe, retired boxer Jake Spear was living in the same small town as Lydia. There was nothing disguised about Jake. Including the fact he made a habit of making very bad decisions about who to give his love.

Even if she had to do it as her final wish on this earth.

Get the Fool's Gold Books

Welcome to Fool's Gold, California, a charming community in the foothills of the Sierra Nevada. There's lots to do and plenty of people to meet, especially women. Because there's just one tiny problem in Fool's Gold: the men don't seem to stick around. Maybe it's the lure of big-city life, or maybe it's plain old bad luck, but regardless of the reason, the problem has to be fixed, fast. And Charity Jones may be just the city planner to do it.

Charity's nomadic childhood has left her itching to settle down, and she immediately falls in love with all the storybook town has to offer—everything, that is, except its sexiest and most famous resident, former world-class cyclist Josh Golden. With her long list of romantic disasters, she's not about to take a chance on another bad boy, even if everyone else thinks he's perfect just the way he is. But maybe that's just what he needs—someone who knows the value of his flaws. Someone who knows that he's just chasing perfect.

Get the Chicago Stars Books

Starter Book: It Had To Be You

The Windy City isn't quite ready for Phoebe Somerville—the outrageous, curvaceous New York knockout who has just inherited the Chicago Stars football team. And Phoebe is definitely not ready for the Stars' head coach, former gridiron legend Dan Calebow, a sexist jock taskmaster with a one-track mind. Calebow is everything Phoebe abhors. And the sexy new boss is everything Dan despises—a meddling bimbo who doesn't know a pigskin from a pitcher's mound.

So why is Dan drawn to the shameless sexpot like a heat-seeking missile? And why does the coach's good ol' boy charm leave cosmopolitan Phoebe feeling awkward, tongue-tied . . . and ready to fight?

Get the Harmony Books

Sixteen-year-old runaway Reagan has always wanted a place to belong. She's never had a real home of her own, but perhaps she could borrow someone else's. Under an assumed name and identity, she moves to Harmony, Texas, but keeps her distance from the welcoming townsfolk. Until prairie fires threaten Harmony-and Reagan learns the true meaning of family, friends, and home.

Get the Holloway Girls Books

Most families have a favorite recipe or two, handed down through generations. The Holloway women are a little different. Emma Holloway, like her grandmother before her, bakes wishes into her delicious cupcakes, granting the recipient comfort, sweet dreams, or any number of good things. It’s a strange gift, but it brings only happiness. Until gorgeous, smooth-talking newcomer Hunter Kane strolls into her shop, Fairy Cakes—and Emma makes the mistake of selling him not one, but threeSweet Success cupcakes.

Hunter, it turns out, is opening a fancy new restaurant and bakery right on the waterfront—Emma’s competition. To make matters worse, the town committee has decided to split the upcoming summer festival contract between the two, forcing Emma to work with her nemesis. But she can’t afford to split her profits. The solution: create a recipe that will make Hunter leave town permanently.

The Holloway charms are powerful. But there are other kinds of magic in the world—like red-hot first kisses, secret glances, and the feeling that comes with falling truly, madly, inconveniently
in love . . .

Get the Redwood Ridge Books

This playboy has met his match, and she's organized...

After a passionless marriage under the scrutiny of high society, Avery Stowe is taking back her life. All she wants is a little privacy and a quiet place to raise her autistic daughter, Hailey. Redwood Ridge, Oregon, seems to offer all the right ingredients.Except for the problem of the local sexy veterinarian. The last thing she needs in her life is to fall for his irresistible allure, even if he is a nice guy who keeps doing her favors. But the well-meaning patrons of her new hometown have other ideas, and it appears playing Cupid is one of them.

Cade O'Grady has never met a woman he couldn't handle, but when Avery Stowe walks into his office late one night cradling an injured puppy, he's struck stupid. Which might explain her total lack of interest in him. But now that she's working for his family's clinic, he doesn't have to lust from a distance.He might just have a chance at convincing Avery--and her too-guarded heart--that falling for the right man isn't a mistake . . . 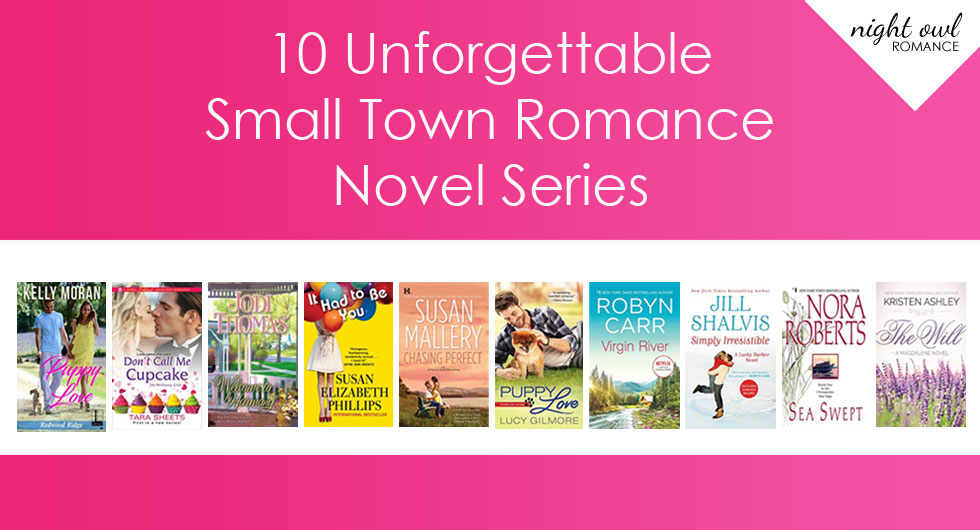